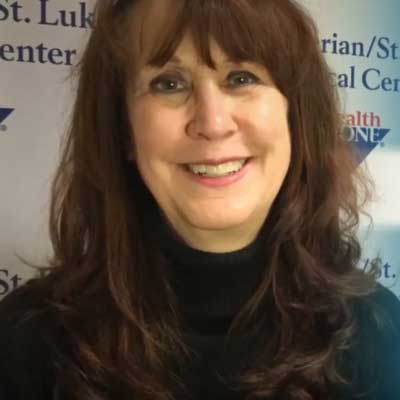 When Jacquie Davey developed spotting 12 years after menopause, she knew she needed to make an appointment with her gynecologist to find out what was going on. After an ultrasound revealed that she had either a fibroid or polyp, Jacquie was referred to Dr. Victor Dabelea – a designated Center of Excellence in minimally invasive gynecology – for further examination. Ultimately, he concluded that her best option was to have a hysterectomy. Dr. Dabelea is a leader in robot-assisted gynecologic surgery using the da Vinci Surgical System and Jacquie was a great candidate for the procedure.

Jacquie received her surgery at Presbyterian/St. Luke's Medical Center and was very impressed by the wonderful care she received during every step of her journey.