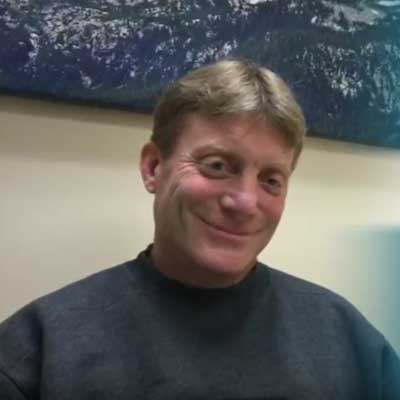 Always active in sports, Victor Sebastian found himself sidelined five years ago by his Crohn’s Disease when his bowels were blocked and his intestines completely closed. He immediately had surgery but that led to a series of incisional hernias that continued to grow to the point of discomfort and a reduced quality of life. He would have to push on his stomach to go to the bathroom, walking would give him heartburn, swishing fluids were audible when he walked and he could literally see his intestines moving.

When the situation became critical, Victor was referred to Dr. Tony Canfield, robotic surgeon at Presbyterian/St. Luke’s (P/SL). Surgery was performed on September 14th, 2016 and Victor was amazed at the results. He was walking the day after surgery, returned to his home in Montana a few days after surgery, he’s no longer in pain and everything is working properly. Victor states that he is simply “blessed” to receive the care he did from Dr. Canfield and the entire surgical team at P/SL.

More information on Dr. Tony Canfield and the Center for Robotics Surgery